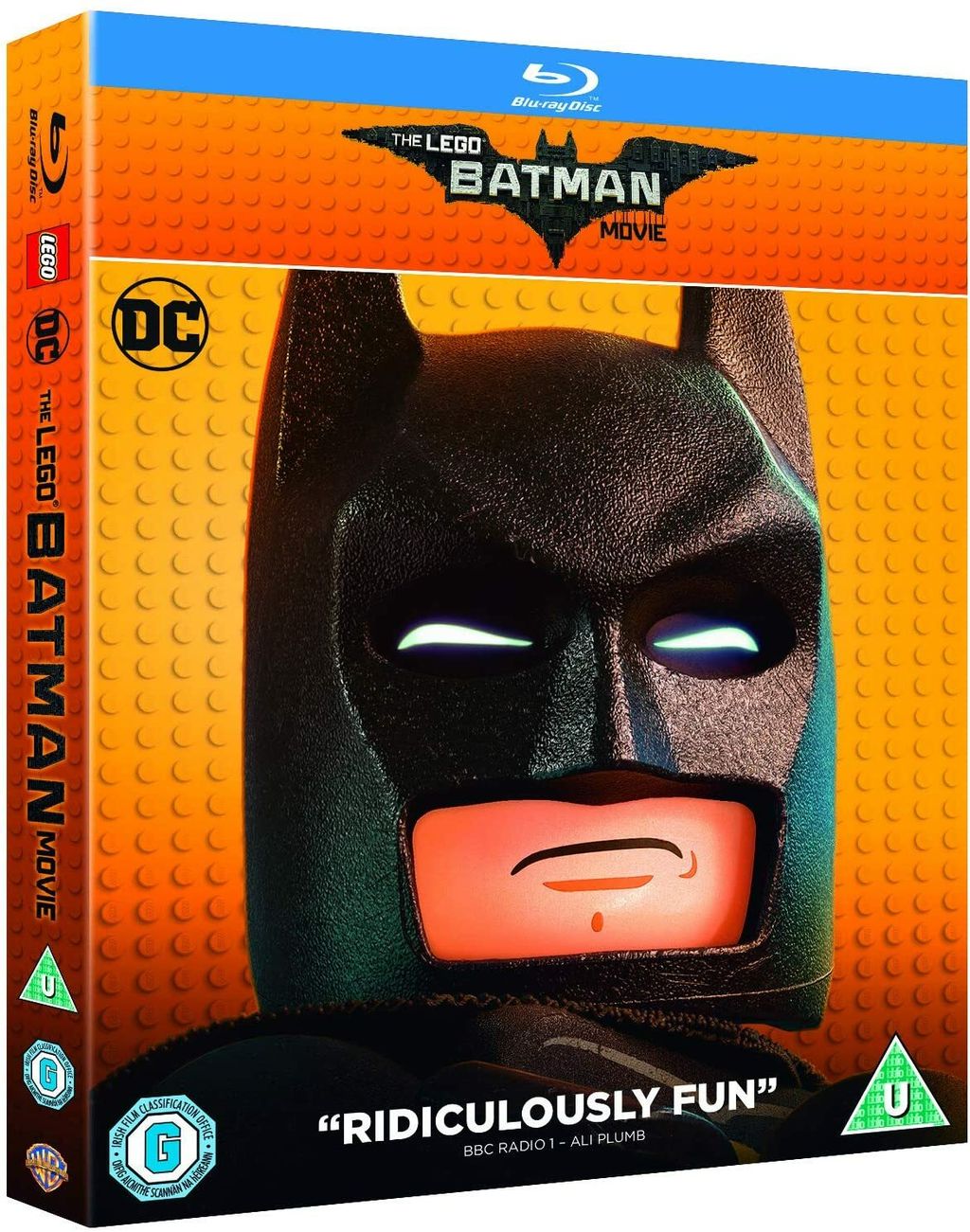 In the irreverent spirit of fun that made “The LEGO Movie” a worldwide phenomenon, the self-described leading man of that ensemble – LEGO Batman – stars in his own big-screen adventure. But there are big changes brewing in Gotham, and if he wants to save the city from The Joker’s hostile takeover, Batman may have to drop the lone vigilante thing, try to work with others and maybe, just maybe, learn to lighten up.

Will Arnett reprises his starring role from “The LEGO Movie” as the voice of LEGO Batman, aka Bruce Wayne. Zach Galifianakis (“Muppets Most Wanted,” the “Hangover” films) stars as The Joker; Michael Cera (TV’s “Arrested Development”) as the orphan Dick Grayson; Rosario Dawson (TV’s “Daredevil”) as Barbara Gordon; and Ralph Fiennes (the “Harry Potter” films) as Alfred.

Director and Crew Commentary, Deleted Scenes, Original Animation Shorts; Dark Hoser, Batman is just not that into You, Cooking with Alfred, Movie Sound Effects: How do they do that?; The Master: A LEGO Ninjago Short, One Brick at a Time: Making the Lego Batman Movie, Comic-Con Panel, Rebrick Contest Winners-Frosted Pie, Harley Quinn Robs Gotham Bank, Two Face Chase, Inside Wayne Manor, Brick by Brick: Making of the LEGO Batman, Behind the Brick, Me and My Mini Fig, Trailers and Promos