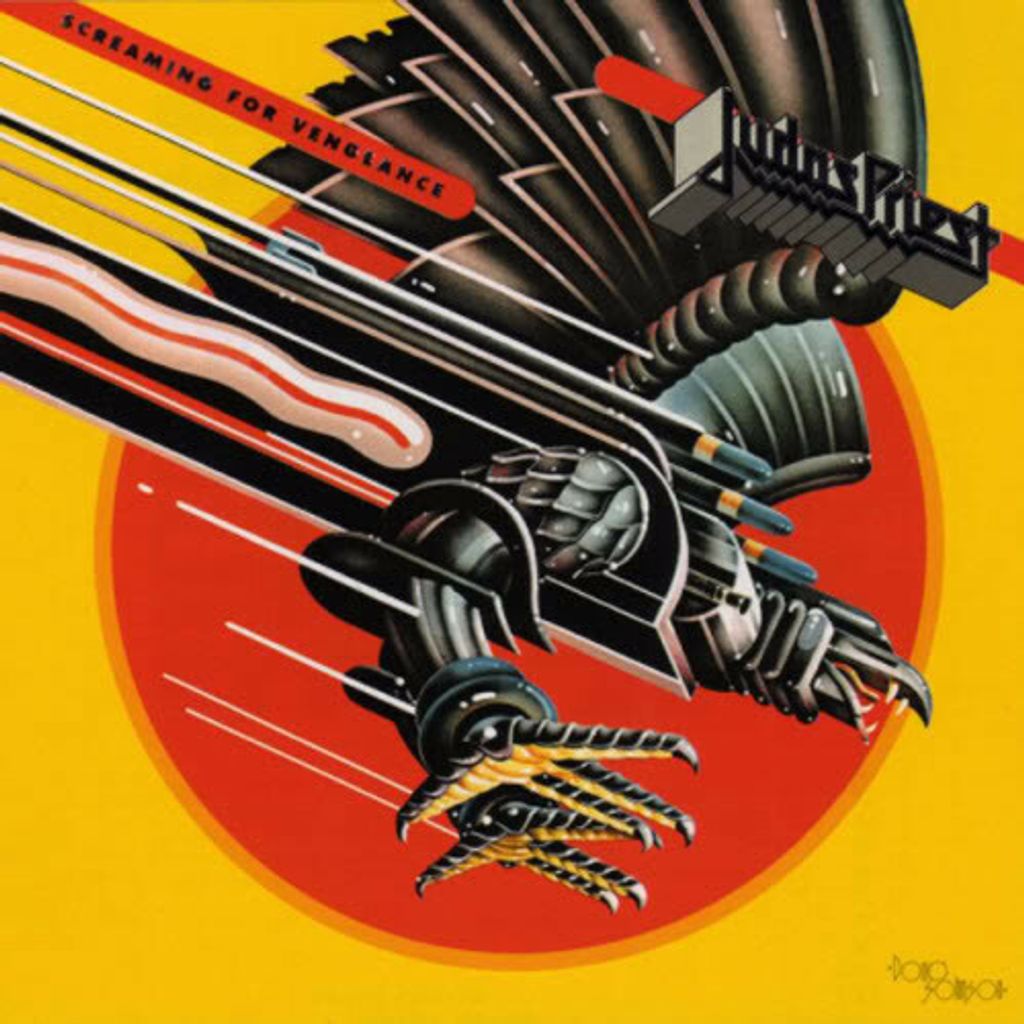 Notes
"From an unknown land and through distant skies comes a winged warrior. Nothing remained sacred, no one was safe from the Hellion as it uttered its battle cry...Screaming for Vengeance".

Originally released in 1982, this remastered re-release comes with two bonus tracks:
● "Prisoner Of Your Eyes" was written during the earlier years of the band's career and recorded at Compass Point Studios, Nassau, August 1985.
● "Devil's Child (Live)" was recorded live during the US 'World Vengeance' tour in 1982.