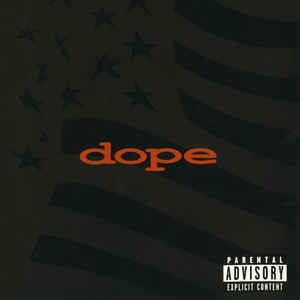 The band was founded by song writer and lead singer Edsel Dope in 1997. As a child, Edsel and his brother, Simon Dope, were separated when their parents divorced. When the two were adults, they reunited and Simon joined Edsel's band, playing keyboards. The pair then recruited Tripp Eisen as guitarist, Preston Nash as drummer, and Acey Slade as bassist.

Unlike many of the popular bands from the 1990s, Dope derived their sound from influences taken from hard rock bands and fused that with the sound of industrial rock acts which had made waves earlier in the decade, such as Ministry, as well as industrial music act Skinny Puppy.

In their earliest days, the band sold drugs to survive and purchase instruments. Furthermore, the name "Dope" refers to drugs and drug culture, as shown by their early T-shirt designs, which prominently displayed hypodermic needles.