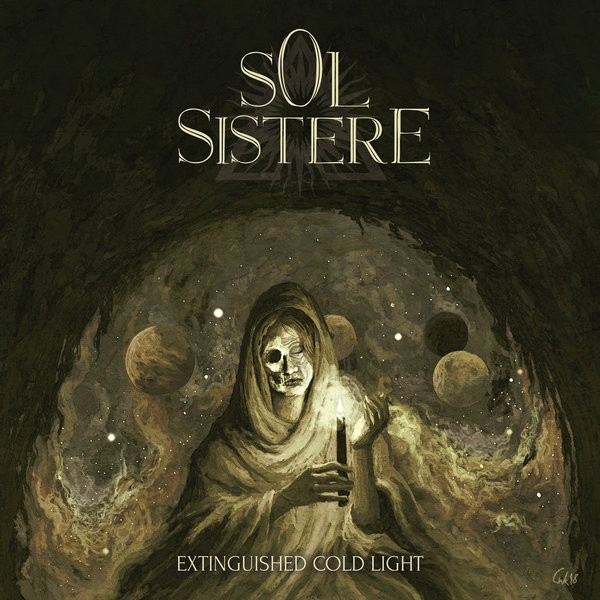 “Extinguished Cold Light” represents a different world, a universe of burning hatred and bitterness, where the only way forward is to stumble on through the dark!

One’s gotta love an album with a title like “Extinguished Cold Light”. It tells you a lot about what you can expect from the record in terms of sheer density and otherworldly soundscapes. Sol Sistere take full advantage of this and boldly follow up on all that their album title has to offer and then some. “Extinguished Cold Light” elegantly balances dark and light, using heart wrenching minor key melodies and tremolo picked guitars to create powerful soundscapes that tell a story. The fully immersive sonic experience of “Extinguished Cold Light” touches upon the true meaning of black metal. They want to give you something to meditate on and to get lost in. “Extinguished Cold Light” represents a different world, a universe of burning hatred and bitterness, where the only way forward is to stumble on through the dark. Perhaps though, the blazing majesty of this release can help us find the way home.

As you delve deeper into Sol Sistere’s music you quickly find that “Extinguished Cold Light” represents a very unique songwriting style. While it might be easy to categorize the bands high intensity moments as a mere wall of sound effect, these guys actually write some killer melodies. The progressions give the music a sense of depth that almost rivals Emperor at times. Part of what will keep you coming back to “Extinguished Cold Light” is its sense of grandeur.

Sol Sistere are on the verge of becoming one of the lords of black metal. This is the sort of band who understand what their place in the metal scene needs to be and are certainly creating their own void. Balancing sick black metal tones with something truly beautiful the band finds majesty in the ugliness and hatred in the light. Watching them carry things on to the next level will be a monumental journey.

For fans of: Emperor, Dawn, Altar of Plagues, Drudkh