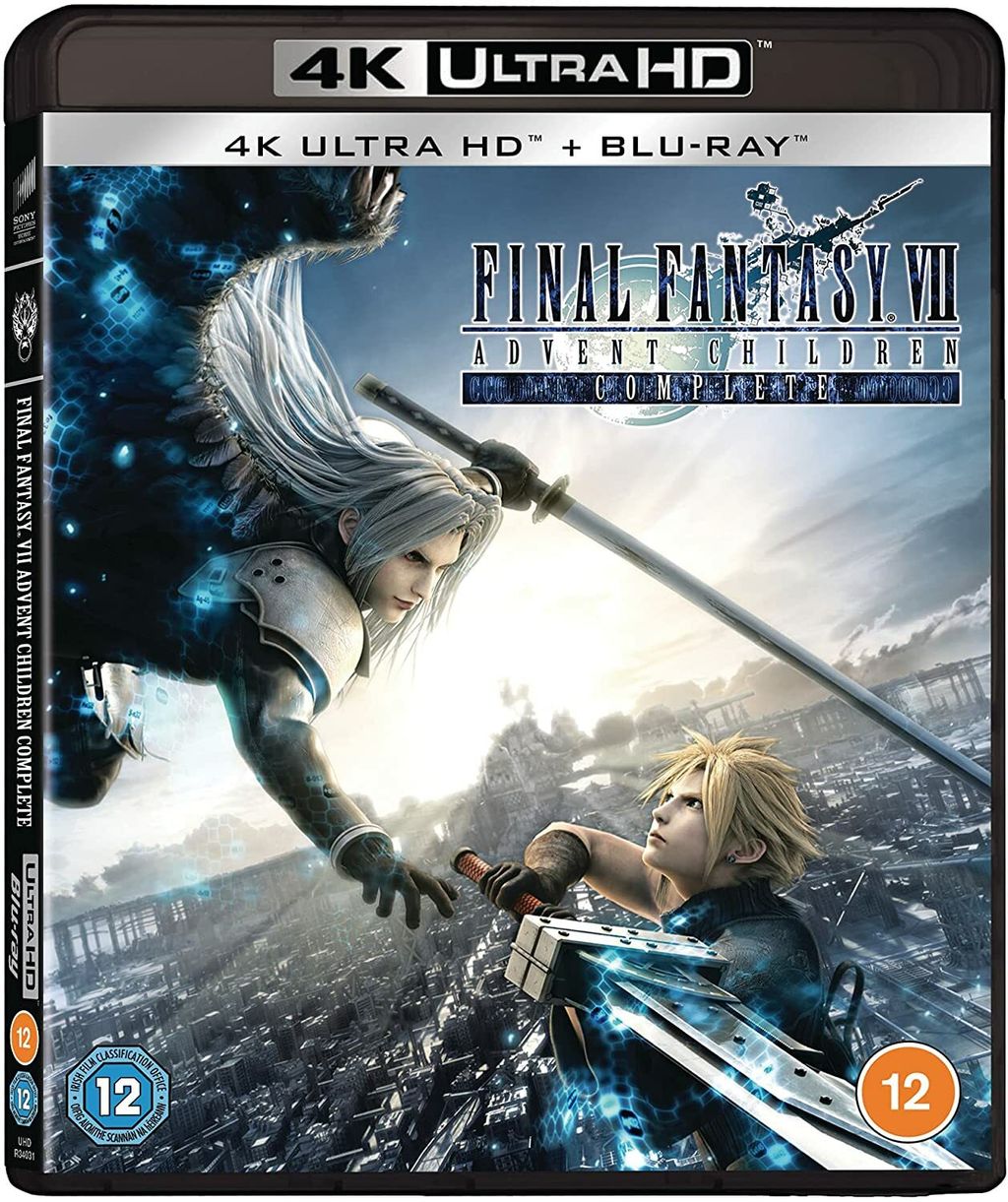 Continuing the storyline based on the hit Playstation® game Final Fantasy VII, two years have passed since the ruins of Midgar stand as a testament to the sacrifices made in order to bring peace. However, the world will soon face a new menace. A mysterious illness is spreading fast. Old enemies are astir. And Cloud, who walked away from the life of a hero to live in solitude, must step forward yet again . . .2016 release:Two years have passed since peace was won, and the ruins of Midgar stand as a testament to the sacrifices made to win that battle. But when a mysterious illness is linked to an insidious plot to resurrect an old enemy, Cloud must choose between the life of solitude he committed to or taking up the sword once more to save the planet he so loves. Featuring an extended director's cut containing 26 minutes of explosive additional footage and over 1,000 revised scenes, Final Fantasy VII: Advent Children Complete is BluRay High Def at it's mind-blasting best, a senses-shatte.