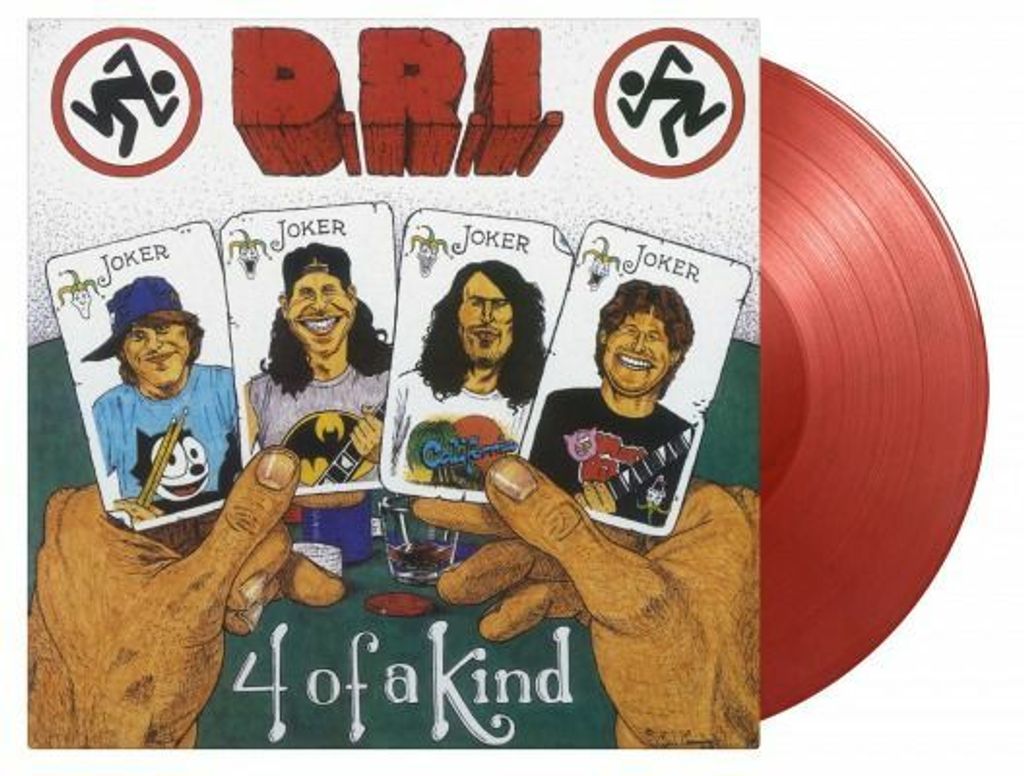 4 Of A Kind is the fourth studio album by the American crossover thrash metal band D.R.I. (Dirty Rotten Imbeciles), which consisted of Spike Cassidy, Josh Pappe, Felix Friffin and Kurt Brech. The album was produced by Bill Metoyer, who has recorded with Slayer, Morbid Angel and Hirax amongst others. D.R.I is fast as a Porsche and brutal as Thrash should be when it meets the roughness of Punk. 4 Of A Kind originally came out in 1988, only six years after the formation of D.R.I., and includes the track “Suit And Tie Guy”, which was the first track to get a music video.

4 Of A Kind is available as a limited edition of 1500 individually numbered copies on red & black marbled vinyl and includes an insert.