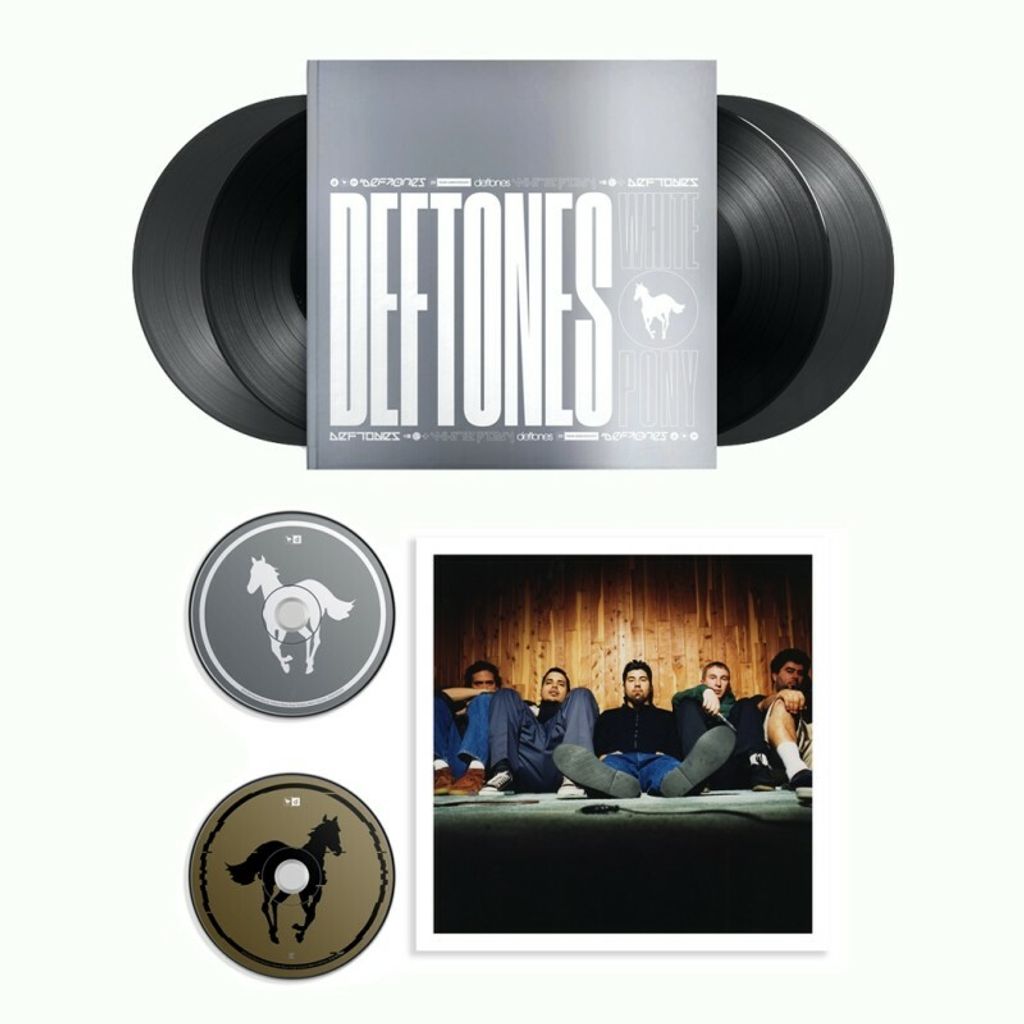 Soaring to #3 U.S. and cracking the Top 10 in many other countries, Deftones's 2000 album "White Pony" made it awfully hard to continue to classify the band purely as "nu-metal."

The 2-CD and quadruple 140-gram vinyl versions bring you the original album plus the remix album "Black Stallion." The super deluxe box includes the vinyl and CD editions plus a 24-page book with notes by the band and rare photos as well as a 12" x 12" lithograph.