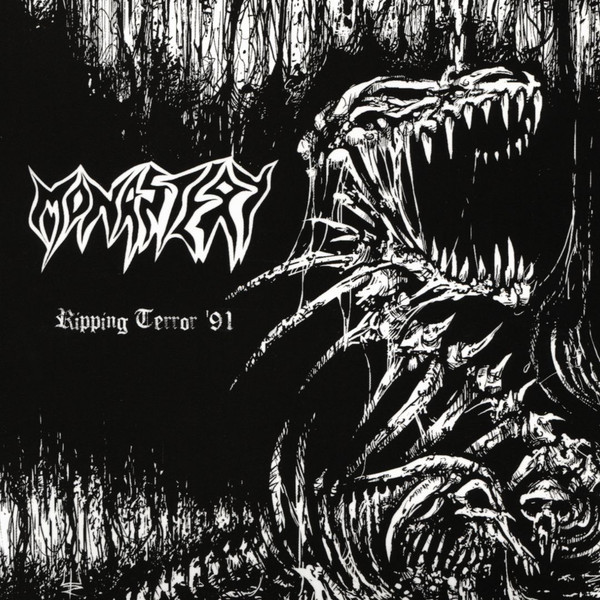 One-off project by Sinister and Entombed members. They only did one recording in 1991 (the "Ripping Terror" demo) which was subsequently re-released several times (as a 7", as part of a split LP with Anarchus and select tracks on a split 7" with Sinister).

Released as a 4 panel eco digipak with left and right inner thumbcut pocket. On the left side a laeflet with artwork on one side and picture with line-up on the other. On the right side the cd.