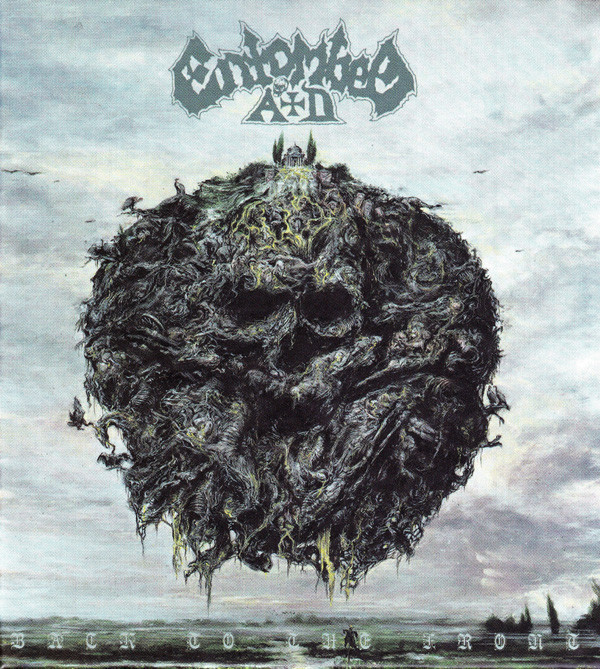 ENTOMBED A.D. Back To The Front (limited mediabook) CD

The limited 24-page CD Mediabook in portrait format comes in a chic hardcover slipcase and the included CD includes a bonus track.

Explaining the meaning and influence of Entombed is probably as superfluous as attempting to  clarify why Slayer rule, Lemmy holds God status, and Dio's death was the hardest loss of recent Metal history. A legend is a legend. Point.

Produced by Roberto Laghi (InFlames, Hardcore Superstar) in Studio Bohus (Abba, Europe) in Kungälv, Entombed AD are also musically faithful to the well-revered Entombed sound every second, but do not expire in retrospective attempts the early classic Left Hand Path or Clandestine , but present a versatile mix that should blow the tears of joy to all fans of the band.

From the morbid, pissed off lyrics to the massive riffs and the inimitable groove of LG's murderous tube, Back To The Front delivers impeccably and impresses visually with a powerful cover painting by Necropolitus Cracoviensis Zbgniew Bielak II (Watain, Ghost, Vader), that respectfully builds a bridge to old days.

9Vulture And The Traitor4:45