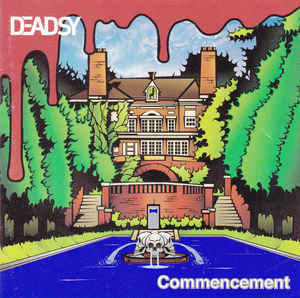 Deadsy is an American industrial metal band from California. The band is known for its visual iconography and signature characteristics assigned to each band member. Each musician is identified by a specific color, stage name, and graphic tied into the band's theatrical nature. The band has released three studio albums. After independently releasing a self-titled debut in 1996, the band garnered mainstream exposure with the support of alternative metal pioneers Jonathan Davis and Fred Durst who aided Deadsy on their long-awaited 2002 album Commencement. Throughout the 2000s, Deadsy toured across the United States, most notably performing on the Family Values Tour. The band released a second major label album, Phantasmagore, in 2006 before taking an indefinite hiatus in 2007. As of 2016 the band has reformed but with very little activity and is in the process of recording new music.

Elijah has often called the band an "art project", or "art movement". Complete with a manifesto and visual iconography. Each band member represents one element or "entity" that drives human society. Each entity is also represented by their own color and unique appearance.