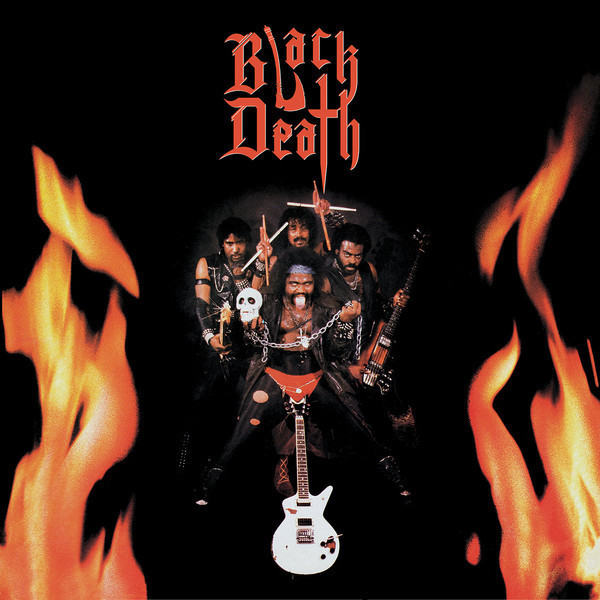 Hells Headbangers, digipak, ltd 500, HRR mailorder exclusive, HELLS HEADBANGERS is proud to present a special, LONG-overdue reissue of BLACK DEATH's self-titled debut album. Highly sought after by collectors, not only is Black Death a crucial piece in the rich history of Cleveland heavy metal, its original 1984 release marks the first full-length by an all-African-American heavy metal band. More than that, with the band's origins dating back to 1977, BLACK DEATH are largely known to be the first African-American metal band. But most of all, BLACK DEATH's lone album is a fucking classic of raw 'n' wild HEAVY fucking METAL with a thirst for the epic and dramatic. As fervent supporters of their hometown metal scene, Cleveland's HELLS HEADBANGERS will endeavor to make sure this massively anticipated reissue of BLACK DEATH's lone classic is of the highest standard, including making it available on both CD and cassette tape for the first time ever. "I have been asked how I feel about the upcoming reissue of the very first BLACK DEATH album," Spacek concludes. "There are a variety of emotions that I have, but the most important one is of relief - FINALLY! Not only will the congregations of heavy metal be able to have personal access to it, but I can finally get my own copy of the damn thing - hahaha! And we have Bill Peters along with Chase Horval and the whole gang at HELLS HEADBANGERS to thank for making this reissue a reality and for helping me to reclaim my musical legacy! But most importantly, I want to thank all of the fans who have stayed true and interested in the 'four dark horsemen of heavy metal' and its current incarnation, BLACK DEATH RESURRECTED! It's been a LOOOOOOONG time coming, mates - 33 years, in fact - but now it's finally made it here..."